One thing we all agree on 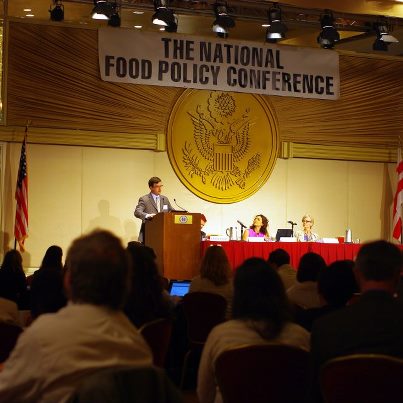 New York Mayor Michael Bloomberg stirred up the proverbial hornet’s nest in late May when he argued for banning the sale of sweetened drinks larger than 16 ounces in restaurants in his city. Bloomberg’s announcement once again has Americans asking: What is the appropriate role for the government in food policy?

How consumers view government involvement was one of the topics discussed at the recent Consumer Federation of America Food Policy Conference, attended by United Egg Producers and more than 200 other organizations. Research presented to the group by FoodMinds, a Chicago-based public affairs company, showed that consumers vary wildly – by party – on issues such as improving the nutritional quality of food in schools (68 percent of Democrats are for it, vs. 46 percent of Republicans) and educating Americans on healthy food choices and eating behaviors (with support from 60 percent of Democrats but just 37 percent of Republicans).

Where the two sides showed a great deal of common ground, however, is on food safety. Eighty percent of Democrats and 75 percent of Republicans agreed that the government has a very important role to play when it comes to safe food. The Food and Drug Administration (FDA) as well as the United States Department of Agriculture (USDA) ensures the supply of safe food by enforcing regulations for food suppliers both at the farm and retail level as well as work to educate consumers on proper purchasing, handling and preparation techniques that safeguard against the transmission and consumption of potentially harmful pathogens.

The good news for consumers – whichever way your politics lean – is that the egg industry has been ahead of the government in its commitment to food safety and willingness to implement prevention measures, like pest control, poultry house sanitation, and refrigeration, to significantly lower the risk of eggs becoming contaminated with a food-borne pathogen like Salmonella Enteritidis. For more information on food safety programs that egg producers implement on-farm and in the processing plant, see the Food Safety Programs section under the Producers tab on the Egg Safety Center website.